Why are some eye infections difficult to treat? What strategies can be adopted

In nature bacteria can be present both in planktonic form (free to move) and in sessile form (attached to a surface) and are organised in structures called biofilms: aggregations of microorganisms forming thin films adhering to surfaces. The biofilm is a true community that protects bacteria from environmental stresses (such as temperature changes and dehydration), creates communication between bacteria and enables them to better resist disinfectants, antibiotics and attacks from the host’s immune system.

Some ocular infections are due to bacterial biofilms. The eyelid margin can be an ideal surface for biofilm formation, which can play a key role in the development of chronic infections such as blepharo-conjunctivitis. The lacrimal sac can also be a site of bacterial patina formation leading to a difficult-to-treat infection such as dracriocystitis (lacrimal sac infection). In addition, contact lenses, intraocular lenses, sutures, scleral buckles and lacrimal puncta are examples of ocular devices that can often be colonised by bacterial communities. 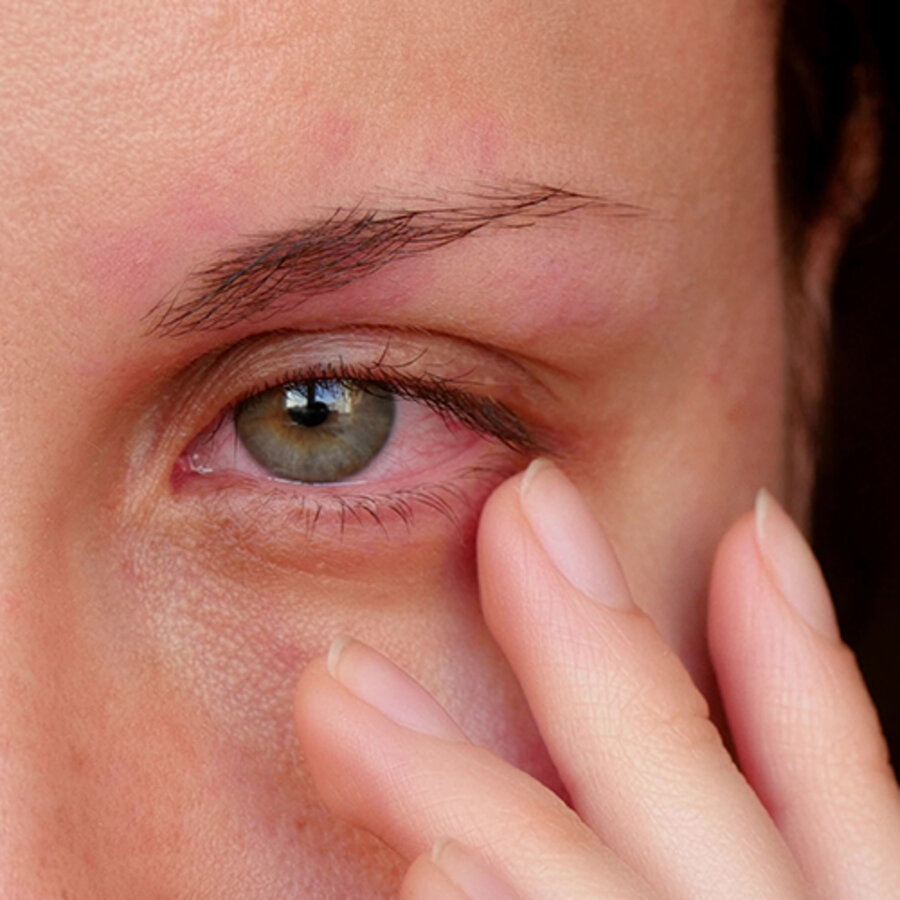 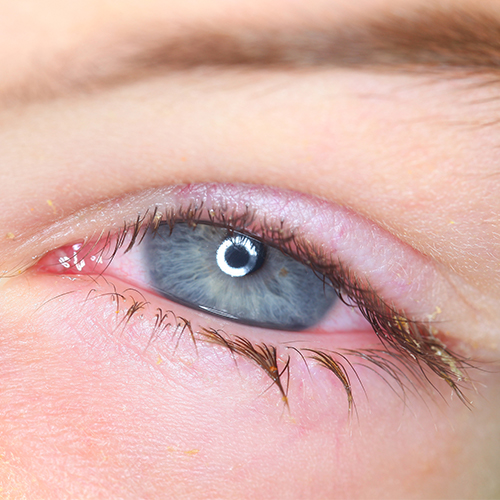 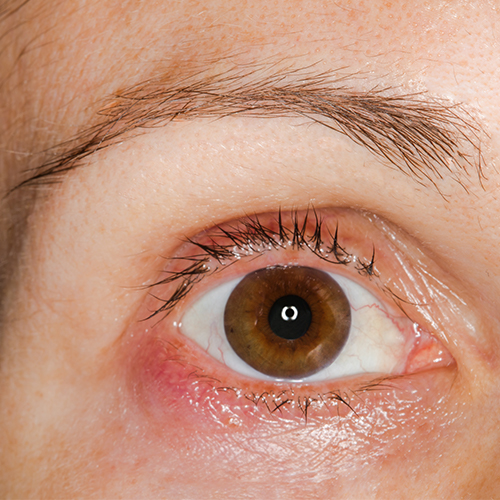 Biofilm-associated infections are subtle, develop slowly and initially produce few symptoms, but over time promote a complex sequence of reactions that lead to chronicity and are often refractory to antibiotic therapy.

Resistance to antibiotics is linked both to the reduced ability of some antibiotics to penetrate the biofilm matrix and act on the bacterial cells dispersed in it, and to the proliferation of multi-resistant bacteria within the biofilm matrix. Furthermore, it should be borne in mind that most of the antibiotics currently in use are designed to act against planktonic bacteria and not in a form attached to a surface. Finding new control strategies and new antimicrobial agents that are active against both planktonic and sessile forms (bacteria attached to a surface) are objectives of scientific research.

One of the strategies used to combat biofilm infections is to use several antibiotics that can act simultaneously and enhance their activity. Thus, the combination of the three antibiotics tetracycline, chloramphenicol and colistin was shown in a recent in vitro study to be able to break down the bacterial biofilm matrix, significantly reducing the infectious load. In addition, the presence of betamethasone in combination with the three antibiotics ensures control of the inflammation that accompanies conditions such as chronic blepharitis. The product is an ophthalmic ointment that ensures long-lasting action, particularly useful for night-time application.

Other molecules have been the subject of the most recent scientific research for their antimicrobial potential, including colloidal silver. Several studies have confirmed its efficacy even within a short period of time against bacterial biofilms of various microorganisms. The product in the form of sterile gauze pads soaked in a colloidal silver solution is excellent for periorbital cleansing and for adjuvant antibiotic therapy in the case of infections complicated by the presence of a bacterial biofilm.

Hypochlorous acid is the natural antiseptic par excellence (it is part of our body's defence mechanisms) and formulated as a spray solution is particularly effective and practical for ensuring a reduction in microbial flora and deep cleansing of the eyelids, eyelashes and eyebrows, which are ideal regions for microbial proliferation, especially in the elderly. This spray can also be used in combination with recommended drug therapies to combat biofilm-related infections.

The microbiota in eye diseases

The microbiota of the eye is characterised by bacteria that cause infection or inflammation.

Rarer ocular manifestations, reported in only 2% to 1% of symptomatic COVID-19 patients