Age-related macular degeneration (AMD) is a progressive, multifactorial (caused by various factors) disease that, if left untreated or unmanaged, can irreversibly impair visual function in the elderly population (usually over 60 years of age).

AMD affects the macula, the central portion of the retina, which is highly sensitive to visual stimuli due to its high density of retinal photoreceptors. In the retina, and in particular in the macula of patients with AMD, there are drusen: deposits of extracellular material, lipids and protein aggregates. The number and size of drusen, together with the presence of new blood vessels, correlate with the stage of the disease (early, intermediate or advanced).

Two forms of AMD are generally recognised: an atrophic form (dry or non-exudative AMD) and a neovascular form (wet or exudative AMD). The latter is characterised by an increase in a molecule (VEGF-A, vascular endothelial growth factor) that leads to the abnormal formation of new blood vessels or an alteration in existing ones. Dry AMD can transform into the wet form, characterised by oedema and macular haemorrhages which, if left untreated, can lead to irreversible blindness. Unfortunately, only patients with the wet form (neovascular AMD) can benefit from drug therapy, particularly with the injection of anti-vascular endothelial growth factors (anti-VEGF) directly into the eye. Thus, one of the main unmet medical needs in the management of AMD is the lack of effective drug treatment for the dry form, which accounts for 90% of cases of AMD. 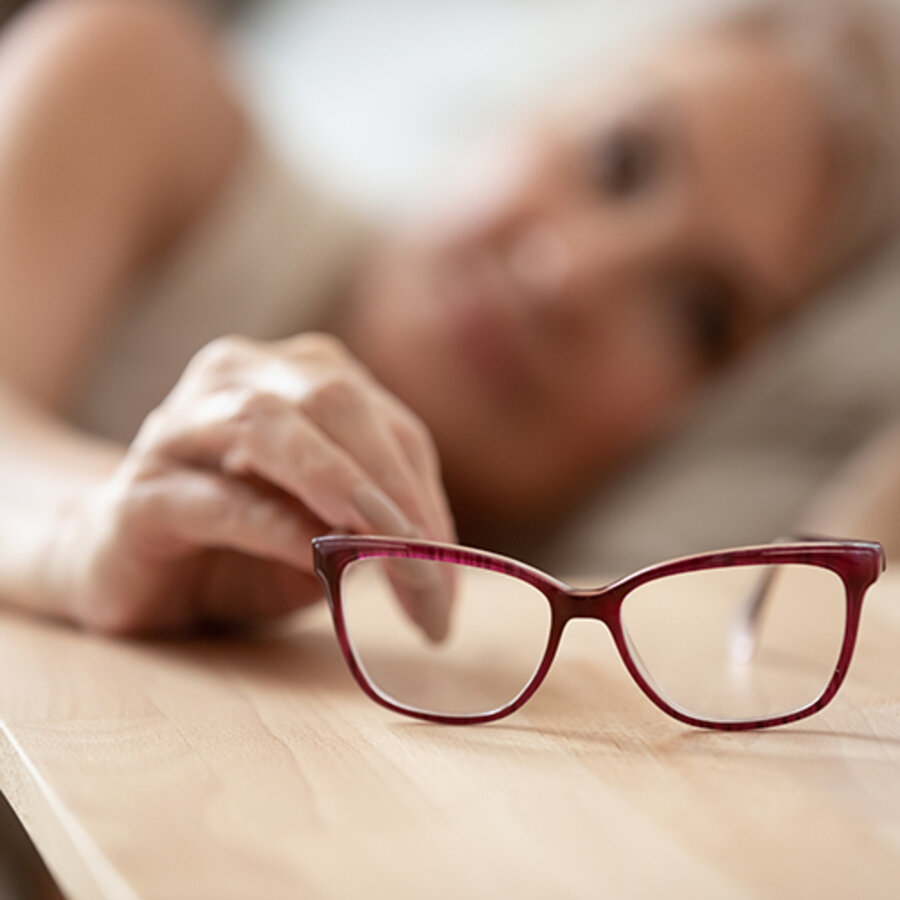 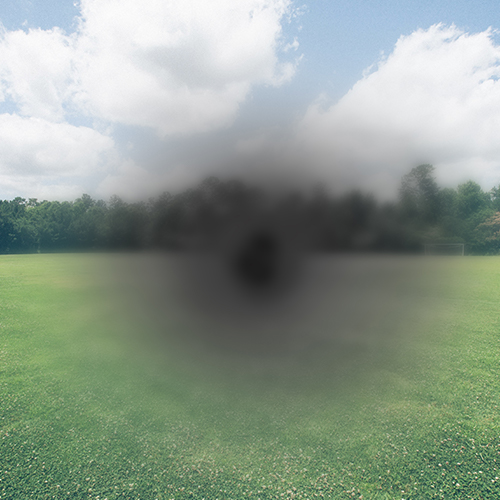 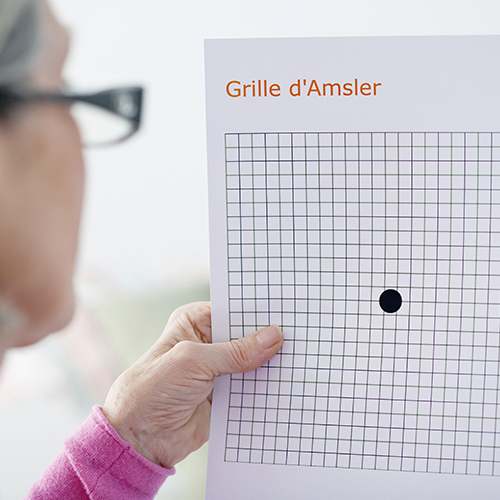 In addition to the physiological ageing of retinal tissue, the onset of AMD is linked to various factors such as genetic predisposition, prolonged and repeated exposure to UV radiation and an unbalanced diet (lacking in fruit, vegetables and fish). This leads to a reduction in certain protective substances (macular pigments) in the retina, and at the same time to an increase in harmful substances (free radicals) and waste material produced by the normal functioning of the retina, which is no longer properly disposed of.

Based on this knowledge, a role has been recognised for dietary supplementation with specific products that can slow down physiological ageing and restore macular pigment. Recent data have shown that just the daily administration of formulations containing three macular pigments (mesozeaxanthin, lutein and zeaxanthin) reduces the risk of ocular degenerative diseases such as AMD. In fact, these three carotenoids act both as antioxidants against free radicals and by shielding against UV rays.

An antioxidant role has also long been recognised for many vitamins, in particular vitamin C and vitamin E, which are able to neutralise and remove free radicals.

In addition, recent scientific work has highlighted the key role of vitamin D3, which is very valuable for the body: meeting its daily requirement means avoiding the risk of serious health problems. The main source of vitamin D3 for the human body is exposure to sunlight. Clinical studies show that low levels of vitamin D3 correlate with the progression of AMD; therefore, vitamin D3 may have a role in preventing the onset and progression of the disease by acting on processes that alter the structure and function of retinal tissue.

The use of food supplements containing a mixture of carotenoids and various vitamins, together with a healthy lifestyle (physical activity, no smoking, balanced diet), may currently be the only viable strategy for preventing the onset and progression of AMD.